On Twin Peaks, time was fluid, but there was never enough of it (Karen Han / The Verge)


Seventeen-year-old homecoming queen Laura Palmer (Sheryl Lee) is the series’s most obvious, central proof of the vagaries of time. The 1990 Twin Peaks series opens with the discovery of her body; her life has literally been cut short. But even though the image of her, “dead, wrapped in plastic,” gave birth to an entire genre of mysteries built on the bodies of dead girls, Laura Palmer can’t entirely be counted among their number. Twin Peaks, both the original series and the 2017 revival, belongs to her. She isn’t a means to some other character’s end. When her murder is solved, that isn’t the end of her presence on the show. Lynch followed the original series with the 1992 movie Twin Peaks: Fire Walk With Me, and focused almost entirely on Laura, even though her father Leland (Ray Wise) was apprehended as her killer halfway through the original show’s second season. And when Twin Peaks: The Return picks up the story, it finds the characters trying to bring Laura back home — to buy her a little more time. [...]

In spite of the loops Cooper tries to draw to save Laura, to restore the life that was stolen from her, time is a line rather than a circle. It seems to repeat itself, but these are echoes rather than repetitions. There are no do-overs. The show’s cyclical nature, from the repeating musical cues to scenes that have been replicated nearly shot for shot, suggests the fluidity of time, but doesn’t contradict its steady march. If anything, history will only repeat itself. The loops have already been closed. Audrey will never be that carefree young girl again; Bobby will never be able to share his new life with his father; Dale Cooper will never be able to rescue Laura Palmer. There’s just never enough time.


The last moment was a heart-shattering reminder that Laura may never be able to be saved, and yet in some ways it was also optimistic; evil pervades, but good never gives up. Laura’s fate can’t be reversed in the Red Room, or in the past, or in another dimension/timeline, but that doesn’t mean Cooper won’t stop trying and fighting for her. The finale followed the FBI agent on two failed missions to find Laura and save her, but Lynch wants viewers to find something admirable in Cooper’s continuous efforts to shatter Laura’s fate. Before Cooper went through to the past, Jeffries’ smoke made the shape of an infinity sign, and it’s clear by the last shot that Lynch’s “Twin Peaks” world is a continuos loop where good will never stop trying to defeat evil. The last shot becomes a microcosm for what “Twin Peaks” has always really been about — evil is inevitable, good is steadfast — and in this way it’s the most fitting ending Lynch could’ve crafted. He didn’t give fans the reckoning they hoped for (just when it seemed good triumphed over evil in Part 17, the last hour made it clear it wasn’t that simple), but he did suggest that good will live to see another day to vanquish evil. For a “Twin Peaks” series finale, that’s a damn perfect ending.


If “Part 17” is about giving everyone what they want, “Part 18” is when the reality of the situation begins to sink in. In the final installment of Stephen King’s magnum opus, The Dark Tower, another series which took decades to finish telling, there’s a passage towards the end where King warns some readers to stop. He explains that audiences have been with these characters for so long that a traumatic end to them might be equally traumatic for the readers. He provides a full caveat explaining to his audience that if you want a happy ending, you can put the book down here and everything will be fine. That kind of feels like what’s going on here and I’m sure that many disgruntled viewers will retroactively consider Cooper leading Laura through the woods in “Part 17” to be “their” ending. There’s your happy closure if you want it.


Part of me wanted this to be satisfying, of course—I mean, at least a little satisfying, a little beautiful, like the ending of "Part 17." But I've always known, deep down, that people who are looking to be fundamentally satiated should watch a different show. If a television series is like a meal, in that it could be satisfying or nourishing or delicious, Twin Peaks is 18 courses of complicated molecular gastronomy soils and foams. 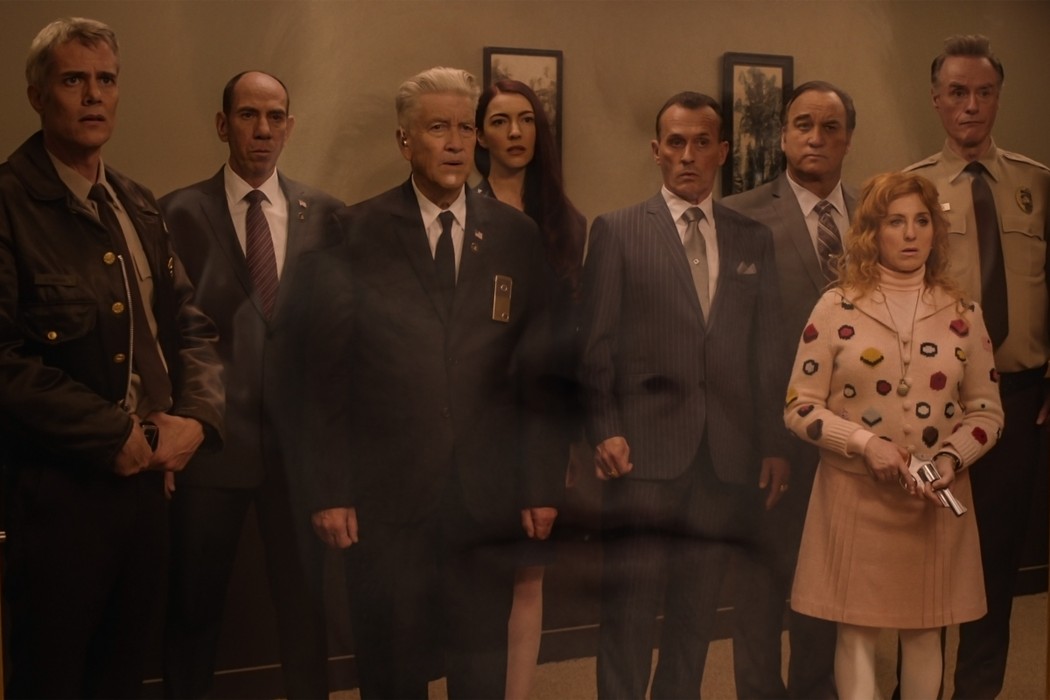 You will never be full, and if you eat nothing else, you'll probably get kwashiorkor—but you will also be constantly surprised, and delighted, and disgusted, and confused, and you'll talk to all your friends for weeks about it, and nothing else will look or taste exactly like it ever again.


It’s only fitting that all this silence was finally shattered with the show’s most famous sound—that is Laura Palmer’s primal, phantasmagoric scream. That, in turn, was what we were building toward, despite all the goofy humor of Dougie’s odyssey and meandering detours into suburban ennui. It was a bloodcurdling reassertion that the show is horror and that it always has been, both the otherworldly horror of the TV series and also the very real horror of incest as depicted harrowingly in Fire Walk With Me. Many TV shows turn dreamlike in their final moments, winking at the viewers for their devotion over the years—Star Trek: The Next Generation’s cosmic game of poker, Lost’s notoriously unfulfilling extra-dimensional gambit, Tony Soprano’s richly layered vision of eternal paranoia.

But the final images and sounds of The Return work instead to undermine everything, presenting a question that cannot be solved: Who is the dreamer? The difference between the Lynch who buckled to studio pressure to solve the mystery of Laura’s murder and the Lynch of today is that he knows never to give us that answer. Like that shattering final scream, it’s left to echo.

Why Twin Peaks Had The Perfect Ending (Chloi Rad / IGN)


As neatly resolved as some fans would like Twin Peaks to be, the message of Part 18 is painfully clear. You can’t erase trauma. You can’t undo abuse. And I applaud director David Lynch and co-creator Mark Frost for not betraying that reality.

To reduce Laura Palmer’s agony down to some cosmic battle between two fantasy realms would have ultimately cheapened what she’s been through. Twin Peaks is, at its core, a story about a very specific type of human suffering. You need only look at Twin Peaks: Fire Walk With Me, the first Twin Peaks story Lynch was free to tell without the restraints of a mainstream network, to realize that. Twin Peaks has always been Laura’s story, first and foremost – the tale of a teenage incest survivor turned drug addict, screaming for help in a town so small and uneventful that it was impossible to not hear, but more convenient to not care. [...] 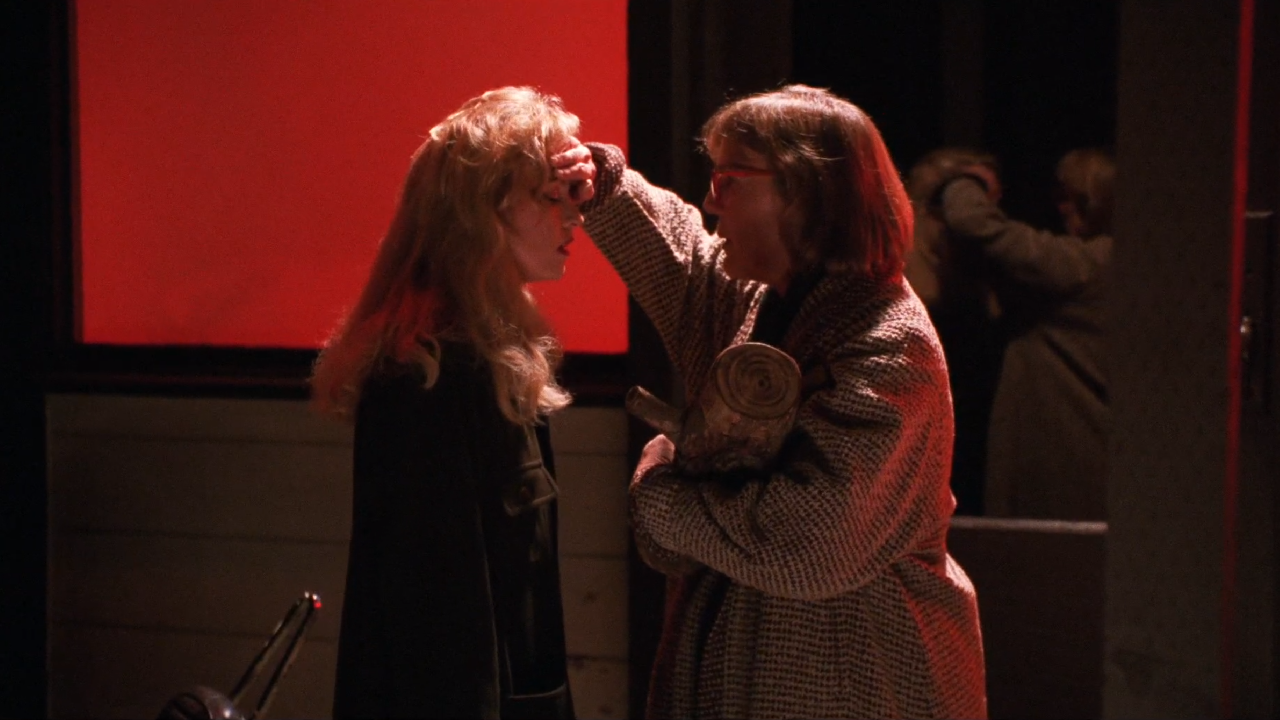 More important than the murder mystery whodunnit of the original series, than owls and coffee, quirky FBI shenanigans, and conniving doppelgängers is this terrible realization. Whether Laura Palmer was really murdered by a demonic spirit or her own father is secondary to the reality that an entire community of friends, family, and sympathetic strangers turned their back on someone suffering unspeakable abuse, sometimes even finding ways to feed and profit from it. There is perhaps no character more terribly alone than Laura Palmer and you can feel the full weight of that isolation and dread in her final scream, which sends the show – and what feels like reality itself – reeling into permanent darkness. [...]

Instead, Lynch and Frost brought everything full circle, back to the bleak exploration of trauma, betrayal, and alienation that coursed through Fire Walk With Me, and back to the idea that – as was Major Briggs’ greatest fear – love is not enough to save us. They brought us back to Laura Palmer.

And Laura has always been the one.

“What year is this ?”: Saying goodbye to Twin Peaks, all over again (Erik Adams, Alex McLevy, and Katie Rife / The AV Club)


The original series’ 29th episode (retroactively titled “Beyond Life And Death”) begs for resolution. “Part 18” says, to me, that resolution is impossible. That darkened street is the precipice for a new story, but we don’t need to see how it pans out, because we already know how it pans out: Coop wants to save Laura, but Laura can’t be saved. It’ll go on like that, for eternity. Even in his slightly altered state, Coop’s still going to be the white hat, standing up to assist people like the waitress at Judy’s—with varying degrees of force. Laura will remain, in the classic Lynchian mode, “a woman in trouble.” It’s a nostalgic comfort mixed with tragic realism to produce something uniquely unsettling. The past—as Cooper says, a look of personal epiphany superimposed on the frame—dictates the future.


“Twin Peaks: The Return” finale, which ended with a sky-shattering, ground-shaking, still-haunting scream. Sheryl Lee, who plays Laura Palmer and the woman who in this episode identifies herself as Carrie Page, has the look of a Hitchcock blonde — and the sound of one, too. In a way it feels like all of “Twin Peaks,” from its 1990 premiere to its Sept. 3 finale, is a journey of getting inside the unhinged, female terror of that scream. David Lynch has taken us on a circuitous journey towards the bloodcurdling — which has taken us both to the corrupted soul of Americana and across astral dimensions.

The two-part finale of “Twin Peaks: The Return” recentered the “Twin Peaks” story on its long-dead victim, Laura Palmer. Unlike most dead girls who become inciting incidents, Laura is the reanimated center of her own murder: Even though she is dead, she is also brought to life again and again by the camera, either as a spiritual being, in a flashback, or as a different person entirely. It’s one of the most beautiful and the most ultimately tragic elements of “Twin Peaks” — the show that gives such remarkable voice to its victim is also constantly reminding the audience of the unnameable horror of her final days.


And so it all comes down to this: 28 years, 46 episodes, countless conundrums, dozens of dichotomies, hundreds of personalities, and innumerable mysteries all coming to a head in a 116-minute flurry of finality, Lynch-Frost-style. Whatever you were expecting when this season started, you got more than you were bargaining for narratively, artistically, and emotionally. As captivating as it was before, Twin Peaks was even more so this go-around, built on a mythology already established and thus not as narratively-dependent on traditional plotting. The Return was more of a poem than it was televisual prose, an experience dependent on imagery, philosophy, and most importantly, faith.


With the show now over, the Twin Peaks fandom will have plenty of time to sort through (and obsess over) all of the ideas that percolated throughout the season. The series may end by asking “What year is this?” (which somehow feels even scarier than “How’s Annie?”) but “Who is the dreamer?” seems like the question that will linger the longest, even if “David Lynch”—who has delivered the masterwork of his career here—seems like the most obvious first answer.