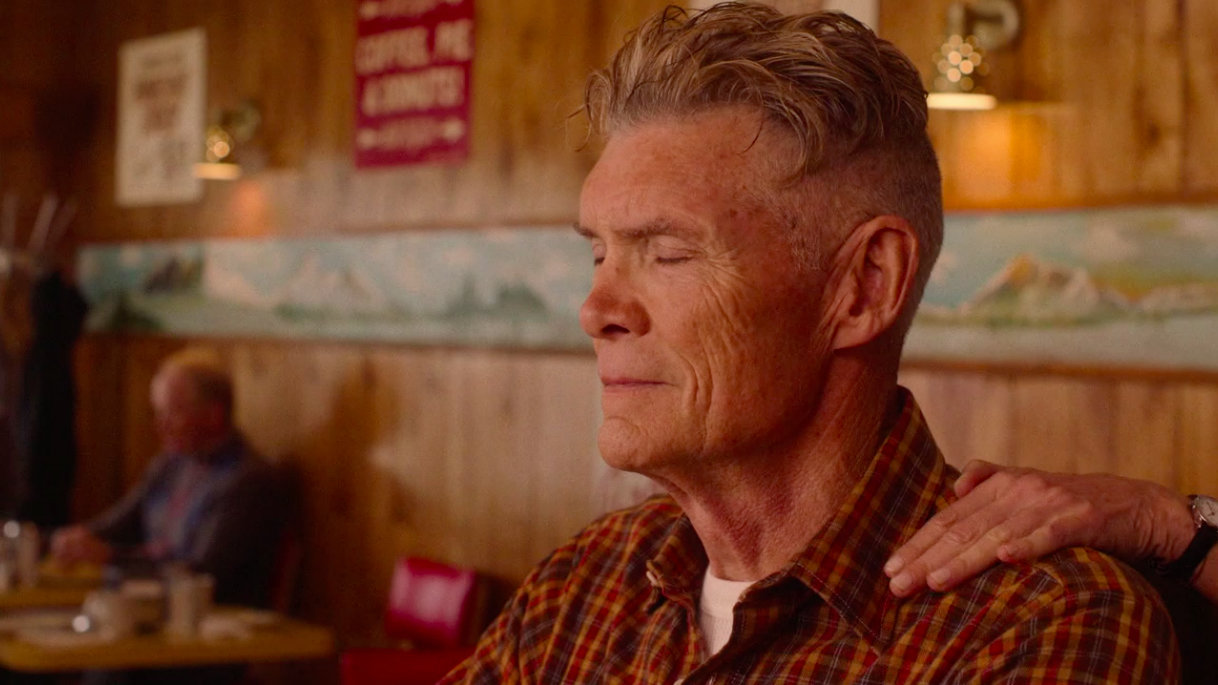 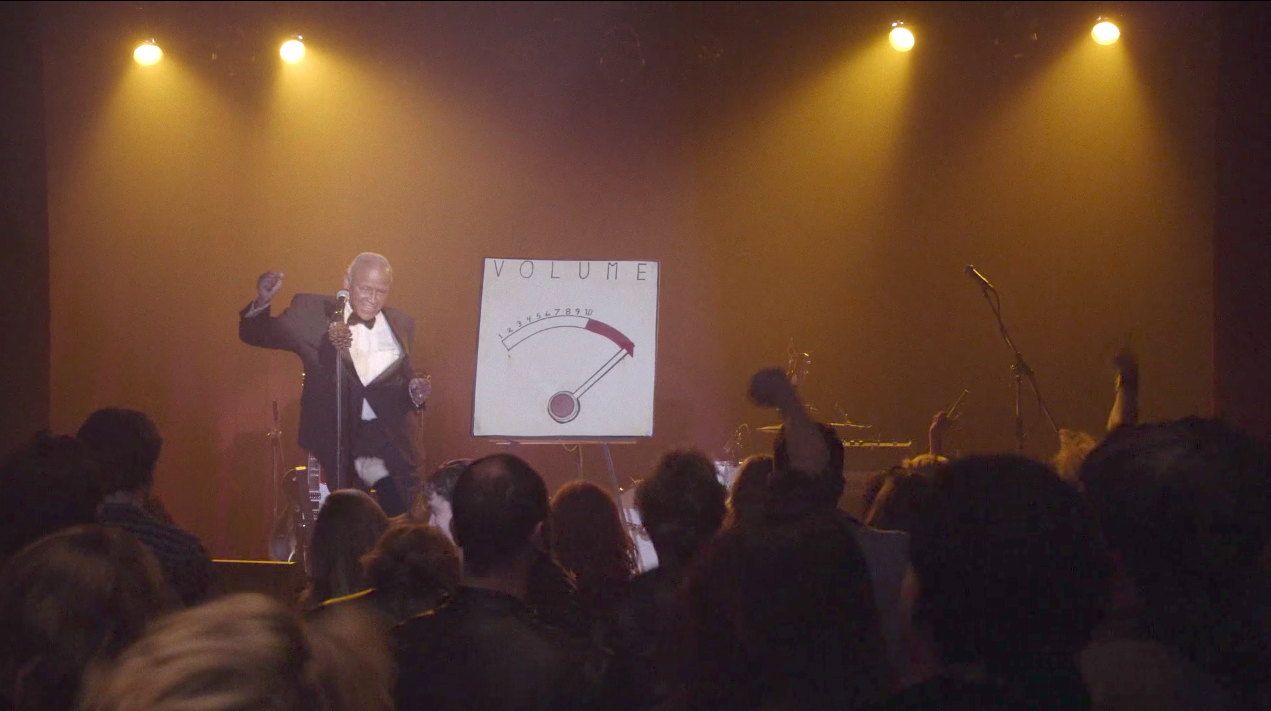 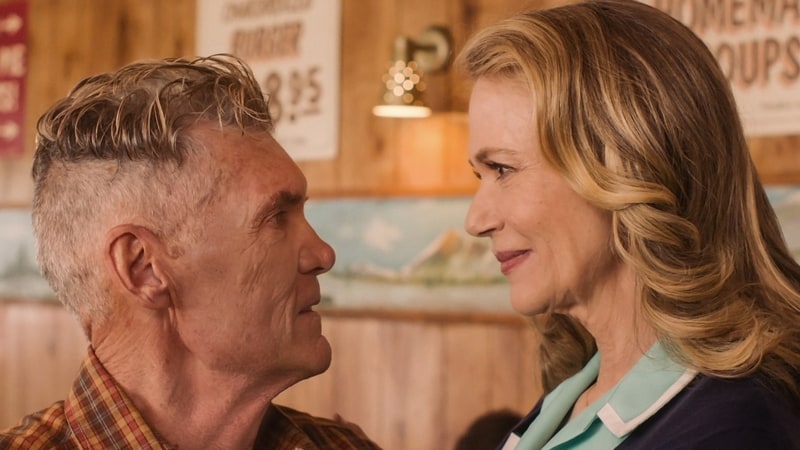 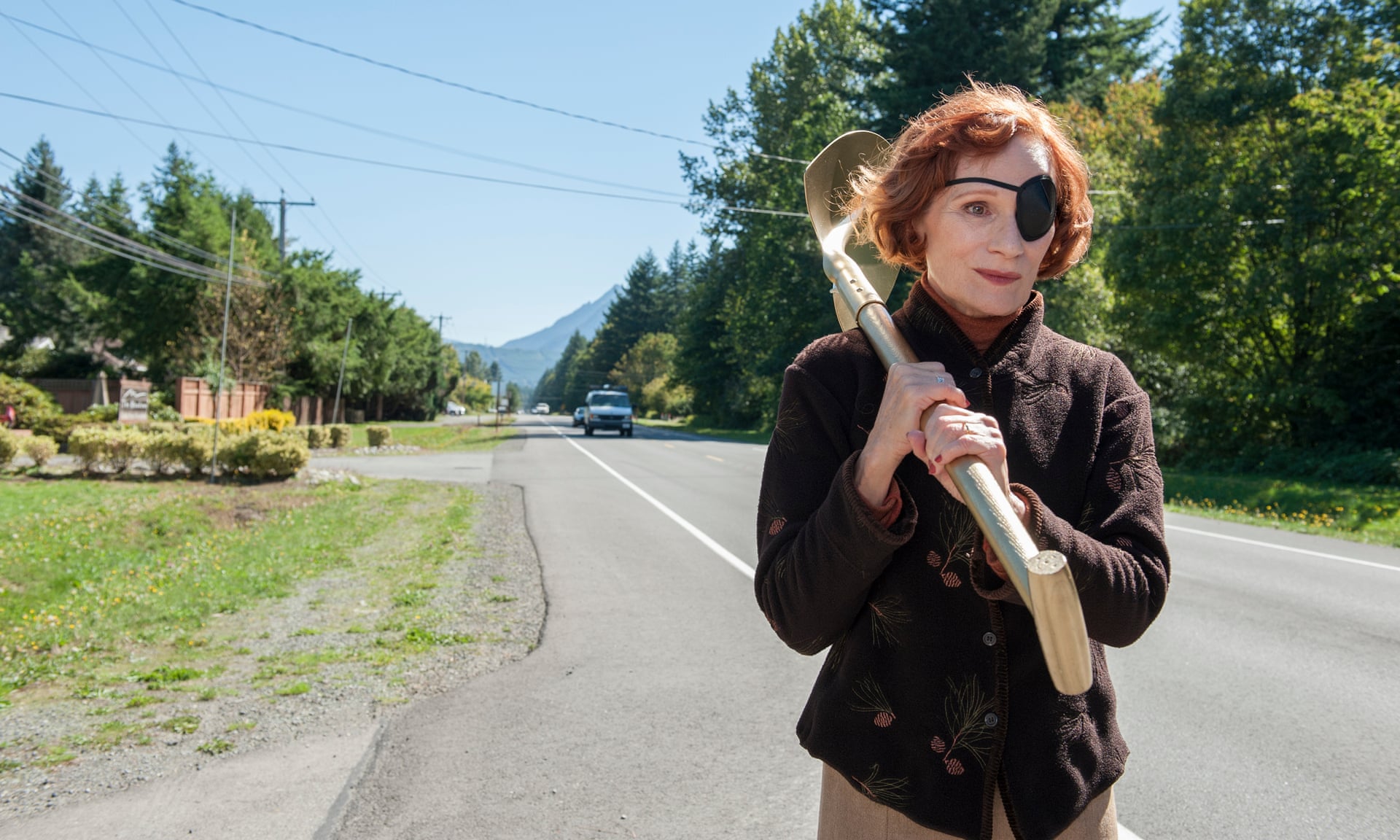 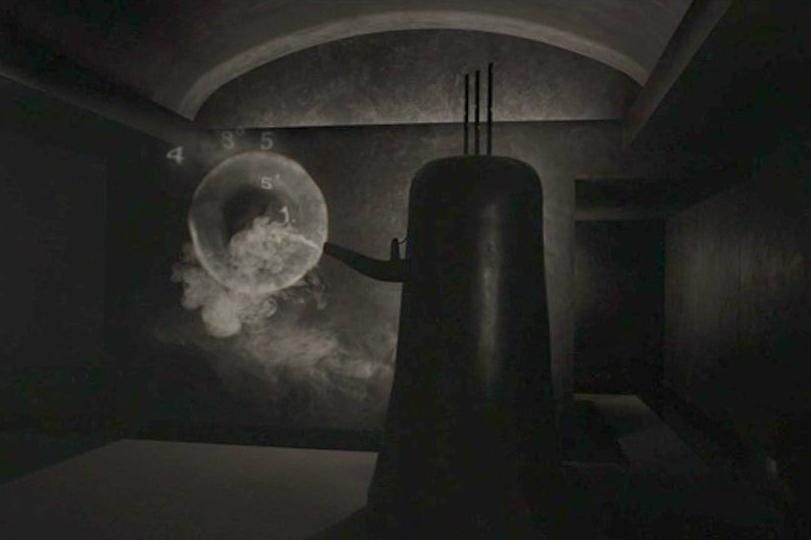 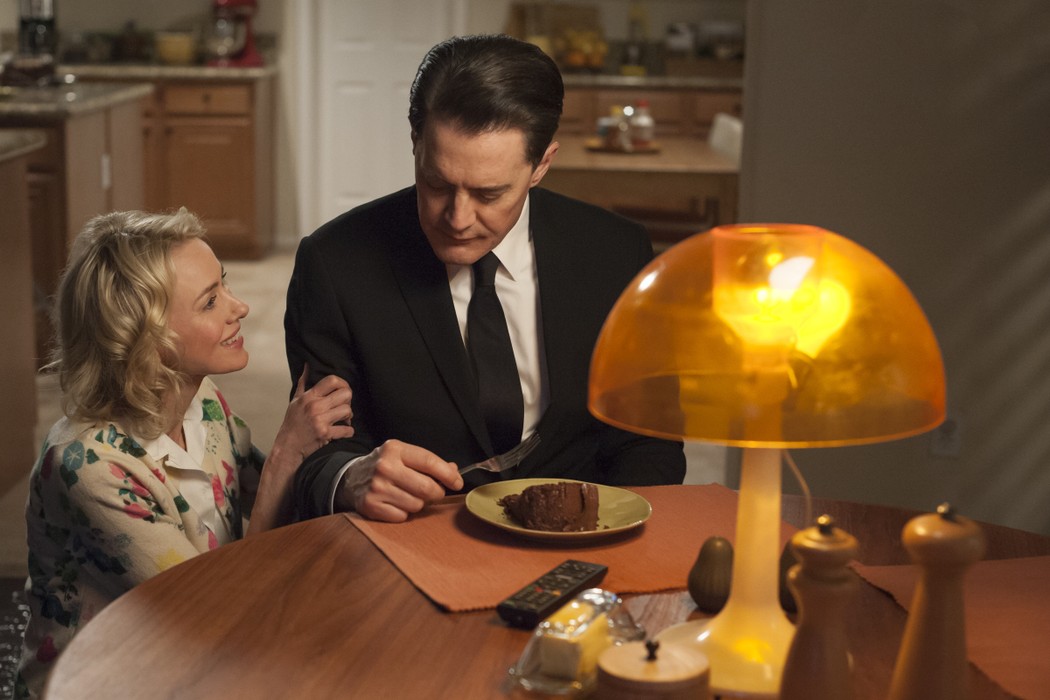 
Part 15 of Twin Peaks: The Return (“There’s some fear in letting go”) contained passages that mirrored the heartland grace of The Straight Story. The first came at the start. We watched Nadine Hurley traverse a stretch of highway like so many other Lynch protagonists have done before — except she did so on foot, with a sunny smile on her face. She also had her golden shovel slung over her shoulder, a totem of her hard-won liberation from the mire of madness and misery, an expression of her counter-cultural opposition to the degrading muck of the world. A series of fades told us that she had been walking this walk for a long time. She followed a continuous white line toward her final destination, the service station owned by her estranged husband, Ed Hurley, where mechanics in greased overalls repaired broken transmissions and a decorative exhaust pipe puffed the clean smoke of righteous industry. She was a woman on a mission of reconciliation and release. If there was a song in her heart, it might have been Sting’s “If You Love Someone, Set Them Free.” 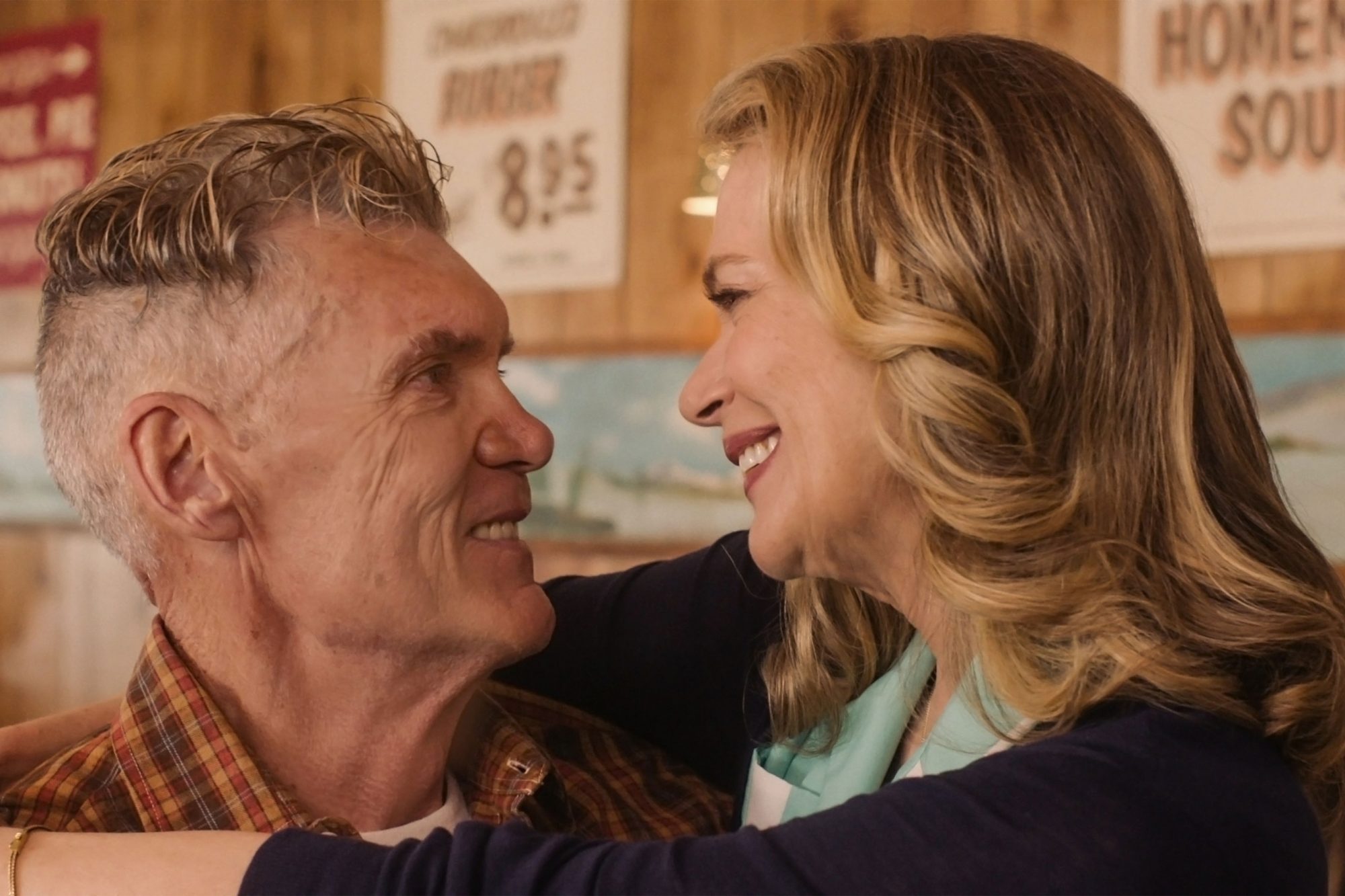 Nadine was here to love Ed with the most ironic of romantic of gestures; she had come to give him a divorce. Divorce of all kinds — relational disruptions; divided selves; psychotic breaks from reality — has been a recurring theme this season, and the deeper irony of Nadine is that she has represented all of them throughout all of Twin Peaks. It’s possible she might still. Ed himself wasn’t convinced his wife was in her right mind as she described herself as “jealous” and “manipulative,” a “bitch” who had “guilted” him into remaining in the marriage even as he pined for Norma. I wondered if Ed thought, as I did, that Nadine, a victim of mental illness, was being ridiculously hard on herself. As the Log Lady once said: “Sometimes when we are ill, we are not on our best behavior. By ill, I mean any of the following: physically ill, emotionally ill, mentally ill, and/or spiritually ill.” (From her Bravo introduction of episode 4, season 2.)