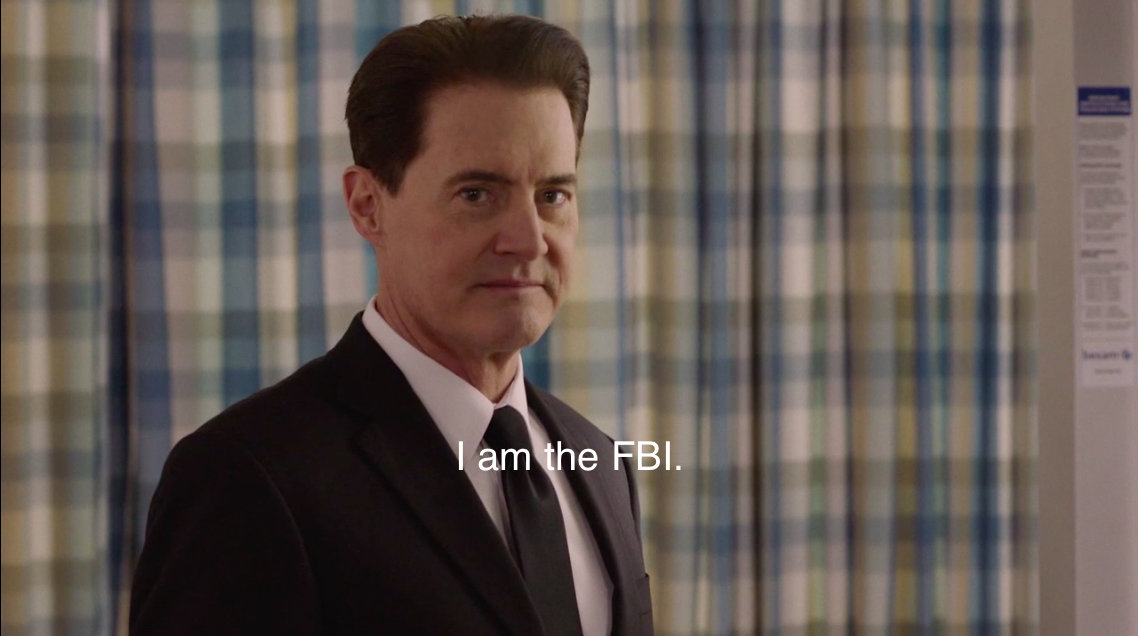 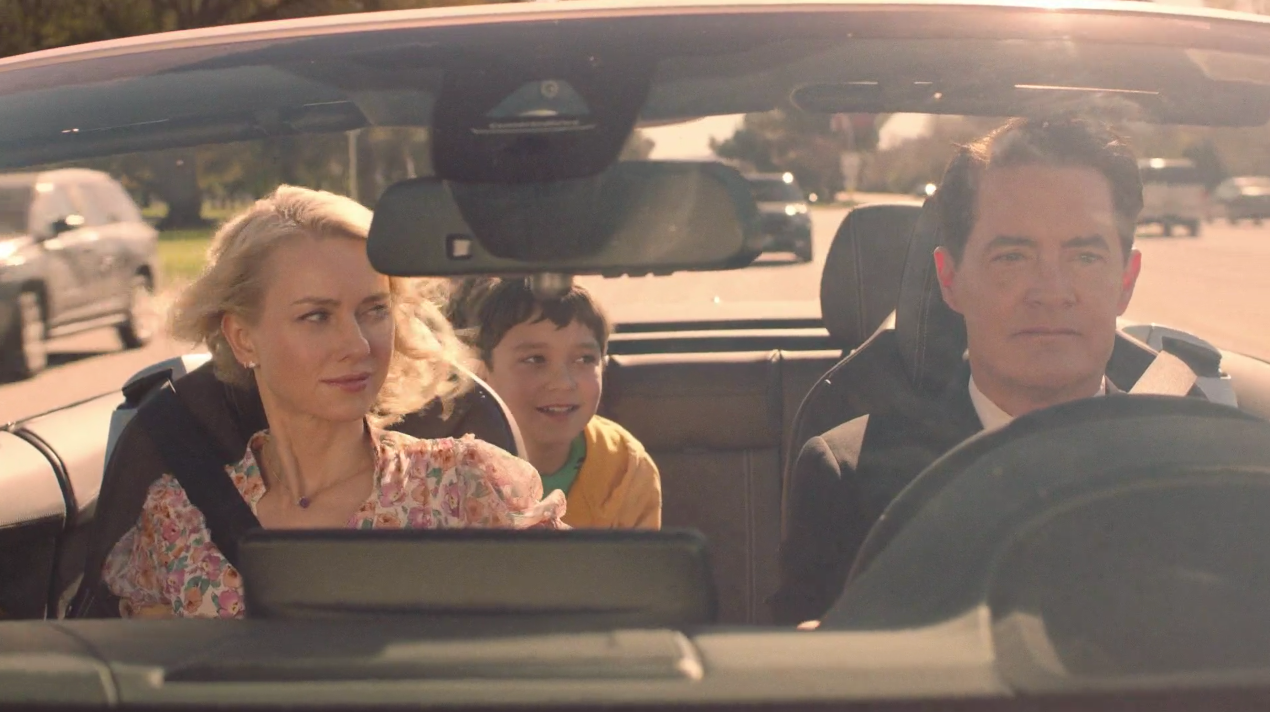 From Her to Eternity (Sean T. Collins | Rolling Stone)


“You are awake,” says the one-armed man Philip Gerard in a vision.

Welcome back, Cooper — the do-gooder, go-getter and wrong-righter whose decency shone like a beacon through all of the darkness all those years ago. The music that accompanies his awakening is the Twin Peaks theme itself. He even still loves and cares for Janey-E and Sonny Jim, the family you might have expected him to simply abandon. By the time his insurance-agency boss Battlin’ Bud Bushnell warns him the FBI is looking for him and he turns to the camera and says, “I am the FBI,” it’s hard to believe there was a single Peaks freak on the planet who wasn’t either screaming for joy or a blubbering mess.