See You At The Curtain Call (Keith Uhlich / MUBI)


"A beginning is a very delicate time." — Princess Irulan (Virginia Madsen), Dune (1984)
And an ending? There's little that's delicate about the conclusion to Mark Frost and David Lynch's Twin Peaks revival, which aired its final two episodes (Parts 17 & 18) this past Sunday on Showtime in a two-hour block. Back in my first recap, I noted that there was "no netherworld of nonexistence in which I'd rather spend a summer," though I couldn't have conceived that my comment would so accurately describe the harrowing, horrifying endpoint of FBI Special Agent Dale Cooper's (Kyle MacLachlan) years- and worlds-traversing odyssey. 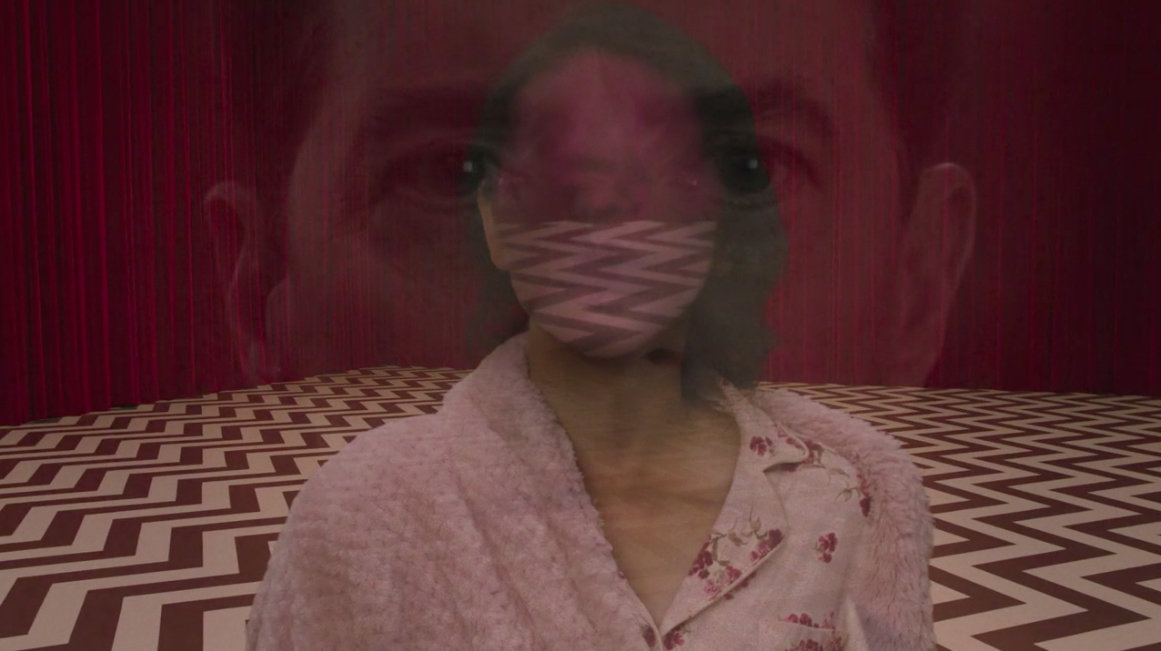 ‘Twin Peaks: The Return’ Pushed Past the Limits of Nostalgia (Alison Herman / The Ringer)


Going into The Return, it was easy to be torn between a desire to revisit a beloved classic and a curiosity about what a creative force like Lynch would do after an 11-year hiatus from long-form visual storytelling. (His last feature, Inland Empire, was released in 2006.) Part of The Return’s genius is how it folds the former into the latter: piggybacking off our preconceived notions of Twin Peaks to push it to scarier, stranger, more powerful places. The Return killed our darlings for us, one episode at a time.


What makes Season 3’s sucker-punch especially powerful though is that it comes as something of a surprise. For the better part of an hour, the first half of the two-part finale seems poised to put a festive bow on nearly everything that’s come before, pleasing everyone who cheered last week when the ready-to-rock Agent Cooper emerged from a summer-long fog. But everything sours quickly at the end of the episode, and in the following one. [...]

The best moments throughout “Twin Peaks: The Return” though could be enjoyed as pure televisual poetry, regardless of their larger meaning. Watching these two hours felt at times like falling into a trance. Lynch employs a lot of his best techniques and motifs: such as making his actors’ movements look unnatural by running the film backward, and “cracking” the image on the screen to reveal something beneath the surface. The branching reality recalls Lynch’s films “Lost Highway” and “Mulholland Dr.,” where characters’ personalities, circumstances, and even names change from scene to scene. [...] 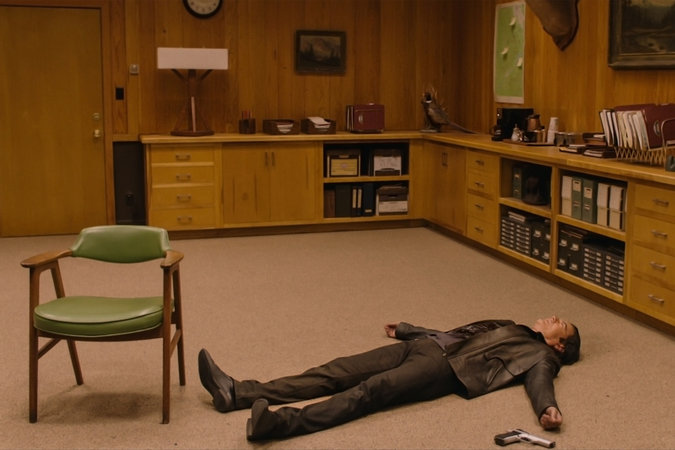 Like so many longtime “Twin Peaks” fans, Agent Cooper approaches the end of his adventure with the dogged belief that his mission has always been about avenging Laura Palmer, and preventing young women like her from being hurt in the future. But if “The Return” has made anything plain about Lynch and Frost’s vision for “Twin Peaks,” it’s that they see corruption and tragedy as inevitable, regardless of the time, place or generation. They do see the glow within people too, and the bonds we forge. But in a way that just makes the ends we all come to more heartbreaking.

So “satisfying” would be the wrong word to describe any “Twin Peaks” ending. But it’s not all bleak, either. Anyone looking for comfort should just know that at least there’ll always be another Cooper, in another one of his guises, working to see if this time he can make everything turn out all right. He just can’t help himself.

Nostalgia is a weapon used to disguise the sadness of time passing, and of our desire to erase the past. It can’t be done. The more genuine reaction to such an impulse is to stare at the symbol of our longing, hear the warped cry of your mother, and issue a blood-curdling scream. Cut to black. It is brutal, and it is deeply sad. But it is honest. Across 18 hours of television, David Lynch and Mark Frost were never anything less.


“Given the cliffhanger we’ve been handed tonight whether Laura Palmer is really alive or not, and whether that leads to another season, it’s obvious Lynch has a hard time quitting the homecoming queen, and moving on to another case. While X-Files drew inspiration from Twin Peaks, it’s an understatement to say that Lynch really never wanted to build something akin to X-Files with its cases of the week in Twin Peaks.

At the beginning of Episode 17 tonight, Lynch’s Gordon informs Albert about the evil spirit Jude who’s been making all these FBI agents like Cooper disappear. But it was as though Lynch was talking to us all along about season 3: “This plan, Albert, I couldn’t tell you about and I’m sorry…I don’t know if this plan is unfolding properly.”

Thanks for the late heads up.”

Twin Peaks : The Return Finale Wraps Things Up... And Then Unwraps Them (Eric Diaz / Nerdist)


Unanswered mysteries are, of course, part of the appeal of Twin Peaks, but the final episode feels unusually cruel from Lynch and Frost, who know the fan base have been craving resolution for a quarter century. I never think of David Lynch as mean-spirited, but the whole finale feels that way on so many levels. Frost said in interviews leading up to the premiere that he wanted to gjve long suffering fans a sense of resolution; I can’t imagine he really thinks this episode did that. I’m grateful for Twin Peaks: The Return, and all of the wonderful, odd moments it gave us over the past three months. I’ll always cherish it for letting me revisit with old friends again, and for letting me make new ones (I’m looking at you, Candie). But a nearly perfect experience will always be somewhat tainted by the deliberate refusal to answer so many questions about scenarios introduced within the show’s framework.


“Lynch started out as a painter and in some ways has remained a painter at heart, creating work that’s alternately surreal, expressionistic, and abstract, but always more concerned with the emotional and intellectual effects of light, darkness, composition, and tone (and such cinematic values as sound design, editing patterns, and the interplay of music and acting) than with telling an A-to-Z story that explains what everything meant. “Imagine the totality of Twin Peaks: The Return as an enormous mosaic painting consisting of 18 individual panels. [...] Each panel is hidden by a strip of black construction paper, and the artist removes them one at a time, giving you ten minutes to study one panel before revealing the next. That sounds like an infuriating way to look at a painting. But if somebody showed you a painting that way, and you committed to their way of showing it to you, the result would be an experience you would never forget. You might get confused, bored, or angry sometimes, or wonder if the exercise was unnecessarily silly or pretentious. You might even come away thinking the experience was not worth the time you invested. But for the rest of your life, there would be moments when you’d flash back to the time that that painter invited you into the studio and unveiled a work one square at a time, then stood back while you looked at it.”


In what will surely go down as one of The Return’s most analyzed sequences, shortly after Cooper utters that line about living inside a dream (and says to those assembled, “I hope I see all of you again”), we watch as that trinity—Lynch, Dern, and MacLachlan, the dreamer and his muses—enter an abstract plane, where a door yields to Cooper’s nostalgia-evoking Great Northern hotel key. Before Cooper passes inside, returning to the season’s earliest scenes, back to the beginning of the loop—back to the very beginning of our collective love of Twin Peaks, heralded by Mike greeting him with its famous, cryptic poem—Cooper turns to Lynch and Dern and says, “See you at the curtain call.”

Twin Peaks: The Return was that curtain call. You can’t say the series was solely about Lynch bringing his players out for one final bow, or saying farewell to us, or even grappling with the enormous, occasionally burdensome legacy of his most famous creation (though the scene of a crazed Sarah Palmer stabbing Laura’s prom photo definitely had the ring of catharsis). The show is far too rich in meaning for just that; we can start writing our think pieces now, and I’ll see you again in 25 years, when we still haven’t talked it all out yet.


Lynch and Frost had eighteen hours at their disposal to tie up loose ends from the original run of Twin Peaks, and instead, they chose to end The Return with brand new questions that nobody would have even thought to ask heading into the final two hours. For some, it's exactly what was expected.

With [his] first opportunity to return to the world of Twin Peaks following the show's initial cancellation, Lynch [...]delivered a prequel film that lobbed up more questions than it answered. The final two episodes of The Return leaned on that same sense of unsettling confusion, and magnified it.


“Why is Laura Palmer so important ? Because at the end of this show, when a million choices could have been made, Lynch had to go back to her. Just like he had to go back to her years ago with Fire Walk With Me. In a way, Twin Peaks has never been about anything BUT Laura Palmer. To many, she started as a narrative’s “murdered body.” A version of a trope we’ve seen in a thousand shows and a thousand movies. But to Lynch, she was never just a simple motive. She wasn’t a dead girl’s picture on a wall. She wasn’t a fridge to be stuffed, just so that some dude could feel all aggrieved and seek revenge. What set Twin Peaks apart was how much this small town cared about the girl’s death, and more, how they cared about her life and the way she affected everyone around her. The narrative of the show itself was not a whodunit, but a Rebecca-like investigation of who she really was in the first place. The whodunit was more about what lies at the dark heart of the American town and the American family, unveiling the echoes of abuse across the spectrum, along with the many contorted faces we force young women to wear just to keep up the facade. Twin Peaks is a story about what shouldn’t have been done, but what was done a thousand times. A girl who experienced so many tragedies before the inevitable one that took her life. It’s a set of tragedies that continues in many forms, even 25 years later.”